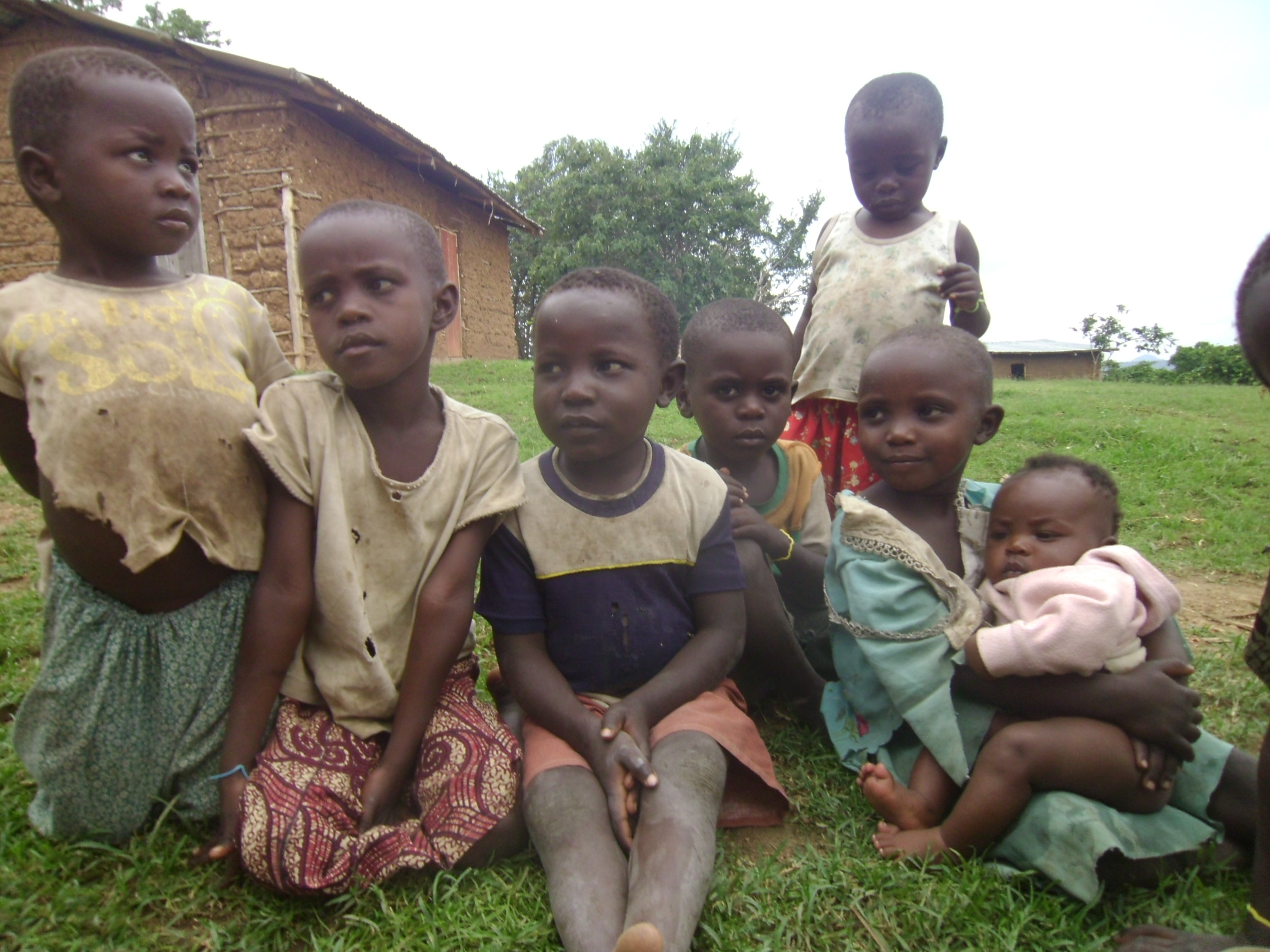 Many years ago I had the honor of directing many beautiful children in a stage play entitled, “Please Don’t Send Me to Africa”. We all learned so much during that show and we prayed that our hearts would follow wherever God called us. Guess where God called this Director???

When we first arrived in a rural village of Uganda, Africa, children came running from every direction to greet us. A few younger ones were reluctant, because for them it was their first time to see a Mzunga – a white person. But they quickly warmed up to us and swarmed us wherever we went. So many children, but where were their parents? 5 year olds were in charge of babies, carrying them on their backs. Many chewed on days-old corn cobs, all were barefoot, and most were dressed in rags.

At first I though how sweet they were to greet us, but it soon became obvious that they were starved for attention. Their bellies were empty too, (some swallowing paper just to fill their stomach), but their biggest need was for someone to notice them.

How could we help but notice them? Those precious faces, and those big brown eyes looking up at us. We were smitten, and then saddened when we learned that we were in the midst of orphans. They had no parents to love them, to feed them, to tuck them into bed at night. That’s when our hearts began to break for these needy, beautiful children. We returned again and again, and always there was heaviness in our hearts each time we left them.

Then God grew a vision and gave us a hope – a hope that we could make a difference in the lives of these orphans and in their villages. And our journey began. It became our desire to bring hope to these children by sharing the love of Jesus with them, giving them safe, loving homes, nearby schools and churches, and empowering them to become the future leaders in their villages.

God has called us to bring hope to these children, and we have trusted that He will give us the ability. At first we simply offered Him our availability, and simply and humbly said, “Here we are, send us.”

Our hearts were touched, and King’s Kids Africa was launched.

God has shown us great favor and now, one year and many answered prayers later we now have a strong Board of Directors, a devoted building committee in Uganda, and currently two duplex orphan homes under construction in two different villages. Each home will house eight children and a momma. The houses will be completed by the end of this year and 16 very needy children are about to have their lives changed forever. We can’t make a difference to all the orphans, but we can make a difference to these.